The radio team records a weekly 2-minute news show, which offers information on school life and gives an overview of upcoming events every Monday morning. This radio show can also be used as an advertising platform by various groups such as SCAM, the „mini-entreprises“ or GIN.
A second group records interviews and reviews. These are broadcast over the LAML News App.
The radio desk also regularly produces longer radio features on “Graffiti”, Radio ARA’s Youth programme.Students volunteering for the radio team practice how to express themselves accurately, but they also have to learn how to convey pieces of information in an objective, but interesting way. Pedagogical direction: Felix Reuter, Judith Reicherzer. Technical Support: Michel Schmit. 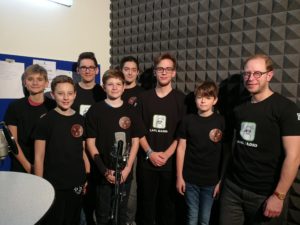 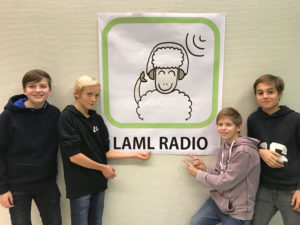 A feature on “Hörspiele bekannter Märchen und Fabeln” was produced in our studios in LAML during 2016/17. The project was part of the German courses lead by Michèle Backes and Felix Reuter.

Students of the class A6 recorded the texts of “Rotkäppchen”, “Der Wolf und die sieben Geißlein” and “Der Fuchs und der Wolf am Brunnen”. Students form the class C6 mixed in sounds and music afterwards. In a following radio show students of both classes presented their projet an discussed the results.

Click on the following link to listen to the radio broadcast:

Our feature on “Solidarity in the LAML” from 26th February 2016 can be steamed as podcast on Radio ARA:

In 2014 the Lycée Aline Mayrisch hosted the international MEP, Model European Parliament, in Luxembourg.The LAML radio team produced a radio show which was broadcast on Radio ARA on 1st June 2015. Click on the following link to listen to the show: 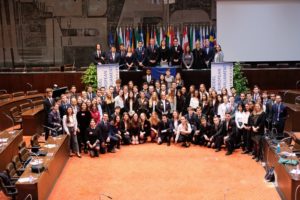 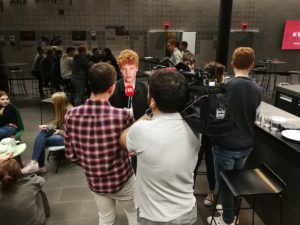 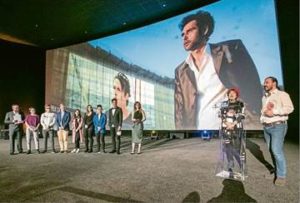 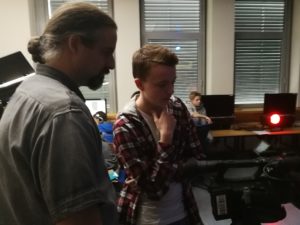 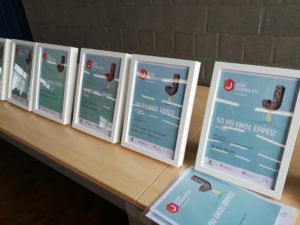